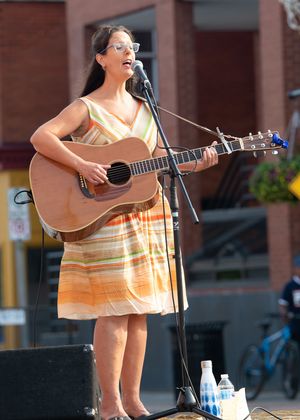 Things are heating up as August rolls in, I'm back in Deep Ontario South after great adventures, playing at Kingsville's downtown music series, doing some recording with my pal Tim Swaddling in a historic Belle River railway shed, and a great gig at Anderson Craft Ales in London! 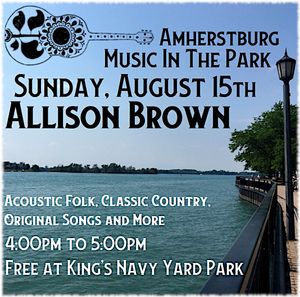 On the August horizon, I'm back in Amherstburg on Sunday, August 15th for another solo set as part of Music In The Park.  From 4 to 5pm I'll be singing on the Gazebo stage at the King's Navy Yard Park - Free!

Later on in the month on Saturday, August 28th, I'm playing as part of a Front Yard Concert on Pelee Island at The Gathering Place, along with Duncan Ivany and The North Coast Band.  This concert is part of Worldwide Play Music On The Porch Day, from 4 to 8pm with back-to-back sets from both acts.  Free! Bring a Lawn Chair. 933 West Shore Road on beautiful Pelee Island! Facebook Event: https://www.facebook.com/events/982138509292849 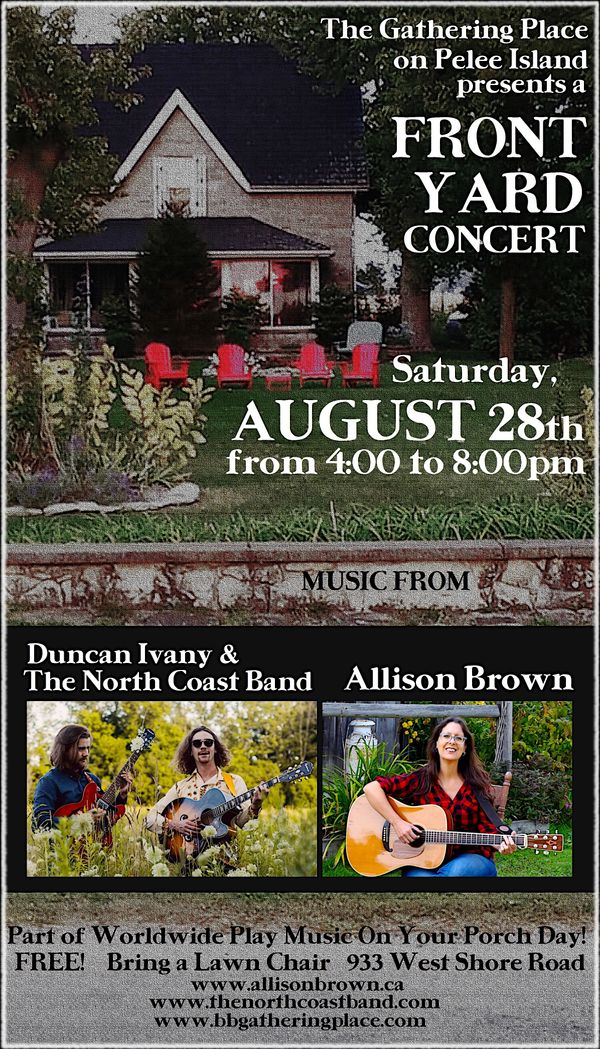 Coming up in September I'm heading back to Pelee Island for a special Artists' Residency with the fine folks at Stone  & Sky and adventures in Tecumseh... see you in Southern Ontario this month!
Allison